Inequalities in the realm of International Health Emergencies

Dr. Deisy Ventura, professor at the Faculty of Public Health of the University of São Paulo, stated that strengthening national health systems is key to respond to any emergency

Health inequalities and challenges that science is facing nowadays were the common thread for the inaugural lecture for class 2020 at the Fiocruz National School of Public Health, held on March 4. Dr. Deisy Ventura, professor at the Faculty of Public Health of the University of São Paulo, was one of the main speakers in the event, which also had presentations from demographer Paulo Jannuzzi, from the Brazilian Institute of Geography and Statistics (IBGE), and Humberto Adami, president of the National Commission for the Truth of Black Slavery of the Federal Council of the Brazilian Bar Association. 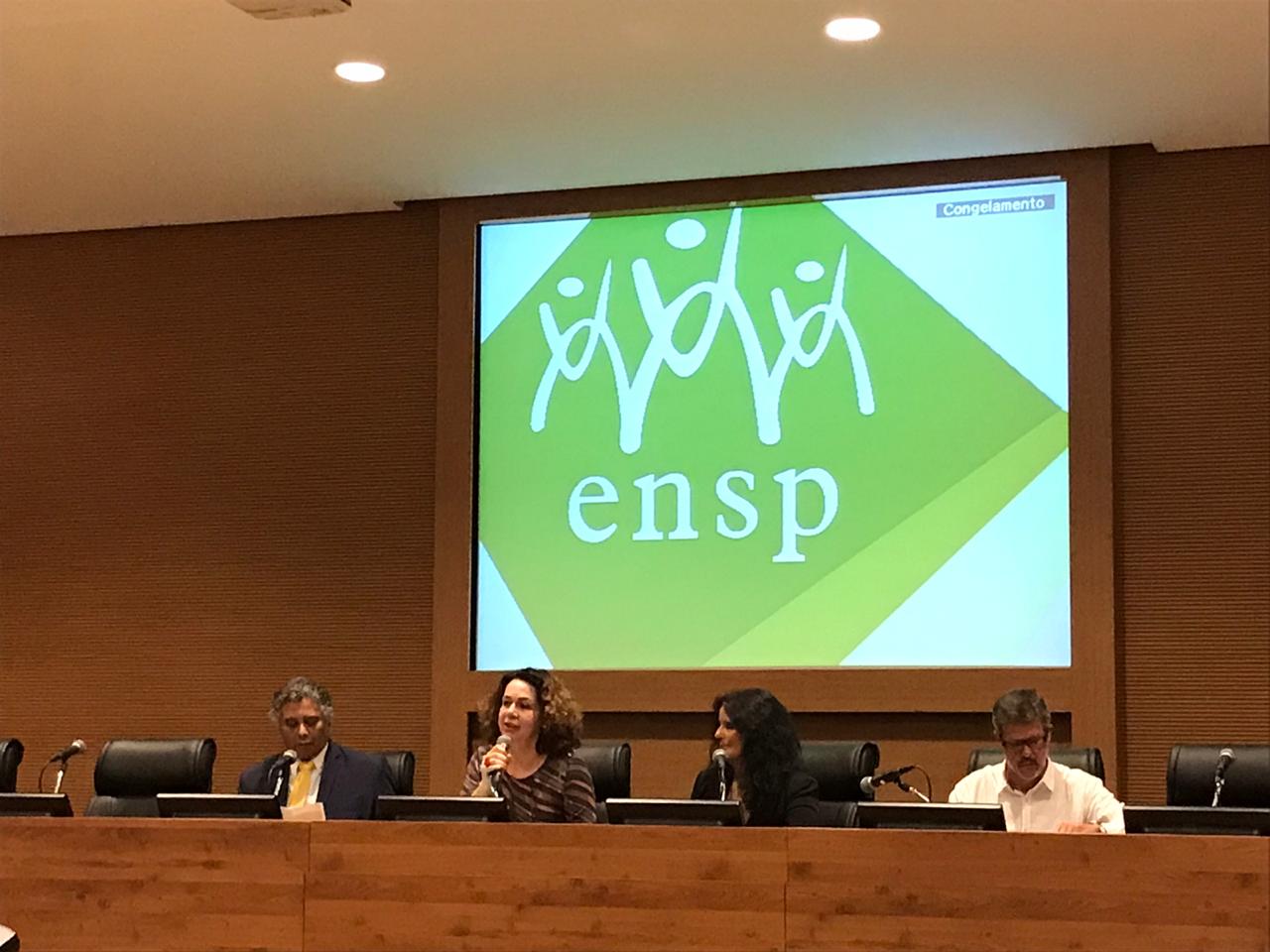 On this occasion, Dr. Ventura, talked about the crucial role of health systems to respond to emergencies and the inequalities inherent to emergency declarations issued by the International Health Regulations (IHR, 2005) system.

In the context of the new Coronavirus Public Health Emergency of International Concern (PHEIC), declared on January 30 by the World Health Organization, Ventura evocated Albert Camus to remind that epidemics, in general, affect differently the rich and the poor. The last being especially vulnerable due to their higher exposition to illnesses and lack of economic resources to face the problem.

But she went further. She argued that the very declaration of an emergency, as established by the IHR, also reflects such inequalities. So far, WHO has declared a PHEIC six times; usually when some infectious disease reach, or is highly likely to, the developed world.

The first declaration was in 2009, due to the swine flu (or the Influenza A H1N1) in Mexico. WHO was accused of exaggerating and being influenced by the pharmaceutical industry, who promptly offered a pill to cure the ill. The second, and still in course, was declared in 2014, because of the international spread of the wild poliovirus. Contrary to the common sense for the meaning of an emergency as an exceptional situation; this lasts for over 6 years and counting. The poliovirus is a critical emergency, as it was originated in countries where armed conflicts and political-economic crises contribute greatly to the degradation of health conditions, vaccine coverage and the health system itself.

The third and fifth ones relate to the Ebola outbreak in West Africa. The 2014 one killed over 11 thousand people and infected more than 30 thousand, especially in Guinea, Liberia, Nigeria, and Sierra Leone. The second Ebola PHEIC was declared in 2019 and is affecting mainly the Democratic Republic of Congo, a country that has been going through a long period of political instability and conflicts.

Two things are important to highlight in these two cases. One is that this was obviously not the first Ebola outbreak in Africa, and before the 2014 one, not much attention was given to it. And two, as controversial as it may seem, the only 7 cases that reached developed countries so far resonated much more than any other ones. “When a virus leaves the place where it should stay, there is a run for developing vaccines and medicines”, explained Ventura.

The Zika emergency, declared in 2016, was the fifth PHEIC, and for the first time had its epicenter in the Americas. The year of the Olympics in Rio and the fact that Zika was causing serious malformations in babies are probably two facts that lead to the declaration. This is an outstanding declaration for two reasons. The first is that it was issued based on the unknown, still in debate in the international scientific arena; the second, because the emergency was “the consequence” of the infection, which was the neurological malformation in babies; not the infection itself. Even though its outcomes are long term matters and need to be addressed in a multidisciplinary and multilevel way, the topic has vanished from the news and little is heard about what is being done to mitigate Zika effects in babies and their families.

The novel coronavirus (SARS-COV-2) is now spreading all over the world and is present in all continents, except for Antarctica. In the context of the COVID-19 PHEIC, Ventura highlighted lessons learned from the previous emergencies: the importance of valuing health authorities, as they are the ones in charge of making good and informed decisions when an epidemic reaches a country; recognizing the role of the legislative, as they can help to regulate the system (In Brazil, they were able to create and approve a law to regulate quarantine in 3 days); and, mainly, the importance of long term actions to maintain strong and efficient health systems, capable of preventing, detecting and responding to a new virus. “Public Health cannot be something in between two emergencies”, Dr. Deisy Ventura said.

Fiocruz is part of the Brazilian National Health System (SUS) and the reference institution for the COVID-19 response. It is working to produce diagnosis kits to the Brazilian MoH in order to make 30 thousand tests for the SARS-CoV-2. The foundation also trained laboratory professionals from 9 South American countries in COVID-19 diagnosis.

The theme surrounding Dr. Januzzi´s presentation is the process of discredit and de-legitimation science is facing in Brazil. He talked about the reemergence of topics long overcame by scientific institutions such as the belief the earth is flat, renouncing historical and international consensus and logic.

The repair of slavery was the theme of Dr. Adami´s talk. He explained the role of the commission, whose function seeks to promote the historical rescue of this period, the assessment of responsibilities and the demonstration of the importance of affirmative actions as a means of reparation to the black population.

The opening table was attended by the vice president of Education, Information and Communication at Fiocruz (VPEIC), Cristiani Vieira Machado, the director of the National School of Public Health, Hermano Castro, and its vice director of education, Lúcia Dupret.